Email: This email address is being protected from spambots. You need JavaScript enabled to view it.
Monday, 08 August 2022 04:52 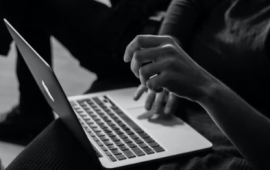 One of the hallmarks of this year’s bear market has been heightened volatility, but that appears to be easing during the rally that started in mid-June. The CBOE Volatility Index, or VIX, is a calculation designed to produce a measure of the constant 30-day expected volatility of the U.S. stock market. The VIX, also called the fear gauge, is hovering around 21, far below the 35 reading earlier in the year, and well below the 85 reading during the height of the pandemic. In fact, the VIX is trading well below its 200-day simple moving average. Volatility has been retreating due to a rebound in the market, with the S&P 500 up 12.5% since its June 16th low. However, a reading over 20 still reflects a heightened sense of fear over the short-term with many market observers believing the summer bear market rally may be short-lived.

Finsum: While market volatility appears to be easing based on recent VIX readings, this may be short-lived with the summer bear market on its last legs. 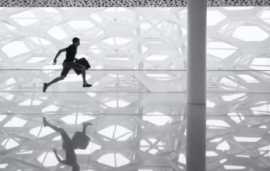 Based on a recent case study performed by Morningstar, tax-managed model portfolios exhibited a significant boost in after-tax returns. The fund research firm reported that 275 models list tax management as an objective in their database, with 46 tax-managed models launched last year, the most in the past five years. These models typically use Muni bond funds for most of their fixed-income exposure. The models also don’t trade as often as their taxable counterparts. This is to reduce capital gains. For the case study, the firm examined the performance of both types of model portfolios before and after taxes from January 2019 through June 2022. Before taxes were accounted for, the 20% equity/80% fixed income tax-efficient portfolio outperformed the tax-agnostic portfolio by $22,261. However, once taxes were factored in, the tax-managed model portfolio saw a huge boost in performance, outperforming the tax-agnostic model by $38,382, a 72% increase.

Finsum: A recent case study by Morningstar affirmed that tax-managed model portfolios outperformed tax-agnostic portfolios when taxes are accounted for. 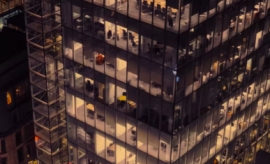 The SEC published a staff bulletin on Wednesday that seeks to clarify how brokers and advisors must address conflicts of interest when providing advice to investors. The guidance, which is looking to set expectations, clarifies advisor obligations around disclosing conflicts of interest under the Investment Advisor Fiduciary Standard and its Regulation Best Interest rule. An SEC official stated, "The steps firms take to address conflicts of interest need to be tailored to their particular business model." Companies are also expected to identify areas in their business where their interests’ conflict with their customers and determine what steps they must take to address those conflicts. The bulletin is designed to help with this process. The guidance identifies some of these common sources of conflicts of interest by outlining factors companies can consider in determining if a particular conflict needs to be vacated and possible approaches to dispute mitigation if that is necessary.

Finsum: The SEC recently published a bulletin with guidance for broker-dealers and advisors clarifying the Investment Advisor Fiduciary Standard and its Regulation Best Interest rule. 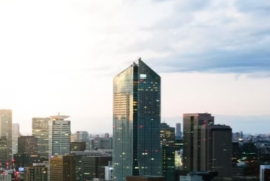 Look down the road. You just might see the new fiduciary rule kicked there.

According to thinkadvisor.com, the proposal won’t be sent to the Office of Management and Budget until December for review, which can span as many as 90 days.

“I interpret that [regulatory agenda] as meaning in the future, but still on the agenda,” said ERISAattorney Fred Reish, partner at Faegre Drinker in Los Angeles, according to the site.

That said, in an email to ThinkAdvisor, Micah Hauptman, director of investor protection at ConsumerFederation of America said it behooves labor to move quickly to propose updates to its fiduciary rule.”It’s a matter of the clock potentially running on the current administration, he explained. Consequently,“retirement savers need protections against advisory conflicts of interest more than ever.”

The Obama administration originally instituted the law, according to moneyunder30.com, updated last month. It expands the Employee Retirement Income Security Act of 1974 (ERISA). Financial advisors working with retirement accounts are requited to become fiduciaries, under the act.

Bear in mind that, traditionally, dates laid out in reg flex agents are placeholders, notedthinkadvisor.com. Meaning they might be altogether different from the actual date of the release of a fiduciary plan. 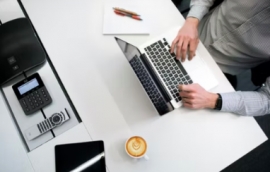 Model portfolios, of course, are designed for investors. They abet their ability to outsource investmentmanagement; that way, they can drill down on firming their relationships with clients by way of otherfinancial planning services, according to mornngstar.com. Those include, for example, developingstrategies evolving around estate and taxes.

It seems they’re on something of a roll. More than 2,400 models were reported to Morningstar’sdatabase as of May. Since 2019, 30% of them were launched, according to the site.
Now, even if investing’s in your wheelhouse, it might not be a bad idea to lean in on a pro for someadditional guidance, according to broadridge.com. It might be logical to see an advisor associated with aburgeoning trend blending model portfolios into the process of financial planning, the site continued.

In the simplest form, Broadridge explained, model portfolios are a series of predefined asset allocationpie charts in which a recommended mix of different asset classes are proposed based on a client’s risktolerance.”
For the industry, the implications are substantial as more advisors adopt and rely on the portfolios,which enables them to build a scalable business that simultaneously provides clients with additionalattention, the site reported.

Published in Economy
Page 1 of 670