Email: This email address is being protected from spambots. You need JavaScript enabled to view it.
Thursday, 28 July 2022 04:04 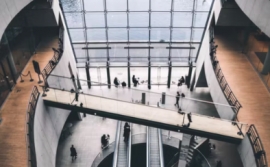 The U.S. is facing a significant risk of a recession with the upcoming GDP release Thursday, but experts say this is overblown. Technically a recession is determined by two straight quarters of GDP growth and negative growth in Q1 its possible the U.S. could technically hit this mark. However, the market is pricing in 1% GDP growth for Q2 currently. Additionally, economists say the signs aren’t really there. GDP slowed in Q1 mainly due to government spending, consumption and investment were both positive. Moreover, the labor market is extremely tight. Job openings, payroll growth, and unemployment all point to a robust labor market. However, there have been yield curve inversions which is a leading indicator of recessions.

Finsum: Yield curve inventions could be driven by inflation premium in the two-year treasury and not real recession risk.

There has been a whole slew of products to increase equity in the financial world but BlackRock has introduced models that directly target female financial goals. The models are directly trying to think about female financial outcomes along three lines: life expectancy, income gap, and employment gap. Women live longer than men by about five years which affects their financial outcomes. Additionally, they earn less and are less likely to spend time in the workforce due to child labor. These outcomes mean women are systematically under-allocated to equities during critical periods of their life. The goal of these portfolios is to address the specific circumstances that women face at different periods in their life.

Finsum: This is a great insight by BR, and a more aggressive strategy might be needed for women to bridge the gap in their financial outcomes.

Alternative’s the Choice for Volatility Hedge 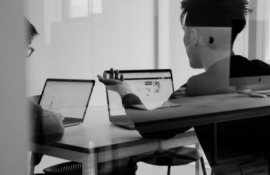 Alternatives have always been a decent hedge for stocks and bonds because of their low correlation in returns, but they are entering a goldilocks moment according to Cerulli Associates. According to advisors in their survey, there is a substantial increase in boosting exposure to alternatives and that will only grow over the next two years. The biggest reason advisors are sighting for shifting their client’s portfolio’s into alternatives is to reduce exposure to public markets. Advisors said they began to transition to alts during the ultra-low interest rates because a strong anchor was needed in the portfolio but was independent of interest rates. The most popular alts for advisors have been liquid alt mutual funds and ETFs which present hedge fund-esque strategies to individual investors.

Finsum: There has been a boom of options for alts in the last decade, and these options should really be considered as volatility hedges for advisors. 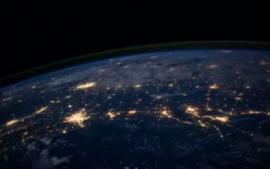 The ultra-low duration ETFs are gaining a lot of traction right now, mainly because there are many near retirement looking for a safe place to store their funds during this bout of volatility. Pimco Enhanced Short Maturity Active ETF, Pimcos Short Maturity Active ESG ETF, Vanguards Short-Term Corporate Bond ETF, and Short-Term Treasury ETF are among the highest rated ultra-short duration ETFs according to morningstar. Active ETFs have an advantage over indexed according to many in a macro environment like the ones we are seeing. Additionally, the most significant advantage of the ultra-short duration is they minimize interest rate risk. As the Fed tightens that raises yields and lowers prices, shorter-duration ETFs are less sensitive to this movement.

Finsum: It's hard to not see bonds at the bottom of their value currently, they are really into the buying territory. 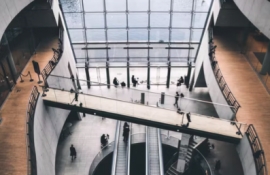 While ESG investing is still in favor with pension funds, fears over a recession are leading to the closure of several ESG ETFs. According to Bloomberg, ESG ETF closures account for 15% of all U.S. ETF closures this year. While that may not seem like a lot, ESG ETFs only represented 4% of all U.S. ETFs at the beginning of the year. The most recent closure was the Ark Transparency ETF (CTRU), managed by Cathie Wood. That closure brought the total to seven this year. During the bull market, ESG ETFs saw plenty of inflows as investors sought funds that aligned with a greener future. However, the market downturn and fears of a potential recession have put ESG on the back burner. Investors are now more concerned with portfolio protection than sustainable investing.

Finsum: While ESG investing was quite popular during the bull market, the recent downturn and fears over a recession have led to the closure of several ESG ETFs.

Published in Economy
Page 6 of 670