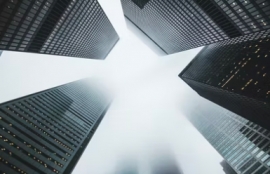 The closely watched 10-2 Year Treasury Yield curve has inverted which has historically been the gauge of a recession possibility in the post-war era. This comes after the Fed put forth the highest rate hike in several decades (75bps) in response to the runaway inflation that is affecting many Americans. While the inversion was brief it is the best gauge of a recession and many economists are jumping out in front and calling for a recession. However, the hike was enough to calm bond markets' expectations of future inflation as 5-year break-even rates in TIPS spreads signaled 2.63% inflation which is as close to Q3 last year as we have seen since.

Finsum: There is a slight possibility that this won’t signal a recession because there has been so much inflation risk in 10-year yields, as that comes down investors could still expect above-average expectations at the 2-year horizon.

Published in Economy
More in this category: « Goldman Sachs is Getting Lean on ESG Fidelity Blows the Bottom Off Direct Indexing »
back to top